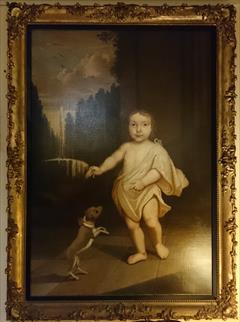 18th Century primitive antique oil painting of aristocratic child with dog. This sort of painting is said to have been painted retrospectively to show a wealthy individual as a child, presumably in a situation more grand than the one in which they were really brought up. This would explain that the face looks more like that of an adult, as well as the garden and fountain which look like that of a very large country house. In any case this would have been an expensive commission for someone of great importance, or at least great wealth, at the time. All in all a charming piece of social history in a very good frame. 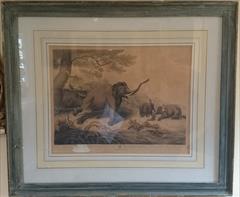 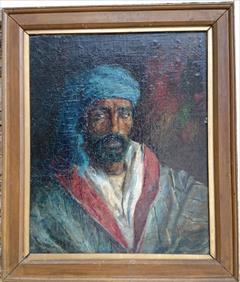 Antique oil painting of a gentleman 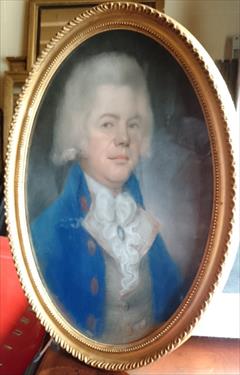 228 Antique pastel of a gentleman in a blue frock coat in a gilt oval frame. 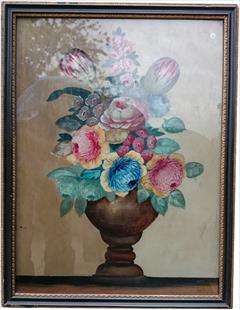 195 Antique painting on glass, amazingly this was painted on the reverse, the glass is turned round in order that the image will appear as a picture as displayed here. Clever stuff.

Antique oil painting of a little boy and dog 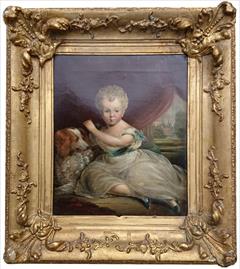 194 Antique oil painting of a little boy and dog with Chateau in the back ground. 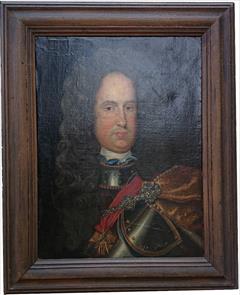 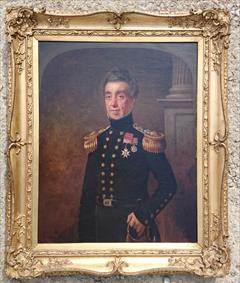 Decorative little print from the Beatrix Potter series in a 10" square frame, some discolouration to the board due to moisture, probably mid 20th century £55

Gustave Danthon was one of the late 19th century impressionist artists. He was a member of the Barbizon School of French landscape painters. They aimed to paint en plein aire - fresh realistic scenes that were painted in the open air. Members included John Francois Millet, Theodore Rousseau and Charles Daubigny.

Gustave Danthon exhibited at the prestigious Salon des Independants and the Salon d'Automne amongst others. His work was represented by the famous Joseph Seligman in Paris, who also represented many of the famous impressionsist artists of the 19th century. Seligman also had a gallery in New York and to the reverse of the frame of this painting is attached a very early US customs label, which would indicate that the painting has either been exhibited in the US or sold to an American client.

This painting retains its original fine quality water gilded frame, the canvas and paint are in good condition, Danthon has handled the light and colour to excellent effect.